This site has been designed with two main goals in mind.

Firstly, we want to provide information about a small community of young Christians that were called "Jacobs Ladder" and then later as "Servants of Christ Community".

Secondly, we want to inform you about a new book that has recently been published, by Steen Olsen, that records in considerable detail the stories and historical information of the people that were part of the community, and, the many challenges that presented themselves to the leaders of the community.

In the 1970s the Holy Spirit gathered a community of young people that came to be known as Jacob’s Ladder or simply as Jakes. It all began with Jacob’s Ladder Coffee Lounge in Adelaide, South Australia, in 1970 and finished when the Servants of Christ Community, as it was then called, was wound up in the middle of 1979. In the forty years since members of the community have stayed in touch and a number of reunions have been held. 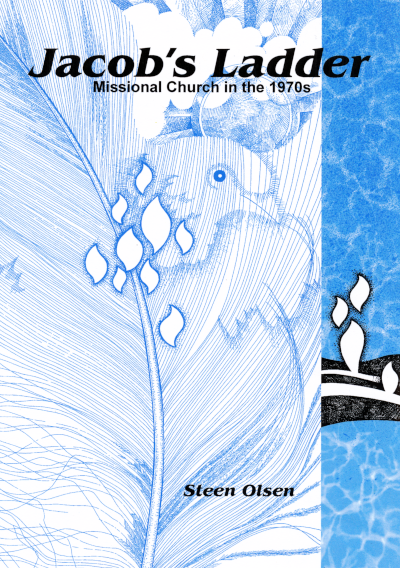 After some general discussion over the years, it was decided that the story of Jakes should be written and Steen Olsen agreed to research and write an account of what happened. Steen was one of the original elders of the community and was involved from 1971 to the end of 1978 when he graduated from Seminary and was ordained a pastor of the Lutheran Church of Australia.

The book Jacob’s Ladder: Missional Church in the 1970s has now been published. Details of how to obtain a copy are posted below. The book includes many illustrations from the magazines and other publications of the community as well as some photos. Knarelle Beard, who was our graphic artist in the 70s, has created the layout of the book and she has adapted much of her original artwork for inclusion in the book. You can see this work in its original form in the newsletters and magazines under that tab above.

As well as telling the story of Jakes, the book includes a section where 38 of the original members of the community briefly reflect on how Jakes has influenced the rest of their lives. You will see that the Holy Spirit called and led a wide range of people, with many different backgrounds, into the community, and how they were anointed and empowered to be instruments of God in the world. There are also chapters that look in more detail at the Dorian Society, the Kerux Apostles Motorcycle Club, the music, and the theology and teaching we experienced.

In writing up this story, we especially wanted to think about some key issues. What did we learn about issues such as being missional church, community discernment and planning, relational evangelism, nurturing new converts, growing as disciples, and leadership? Why did Jakes come to a fairly sudden end? Our relationship with the Lutheran Church of Australia, which gave birth to us, also leads us to ask what we have learned about relationships with the wider church.

With the perspective of hindsight, we can see that we understood ourselves to be sent by God out into our community with the good news that is a person, Jesus Christ. It wasn’t just that we had a mission or two, or even that we were focused on mission, but that our community was shaped by the mission of God, and therefore, in that sense, missional.

We also increasingly understood ourselves to be ‘church’, and not a parachurch agency. The initial vision was to serve as an outreach arm of existing congregations, but that soon changed as the demands of nurturing new Christians constantly threatened to overwhelm us. We came to see that we needed to form ‘church’, in the full sense of the word, among the people God had sent us to, and not attempt to bring them back into existing congregations where they simply didn’t fit. Our approach needed to be incarnational, not just attractional. In much later words, ‘The church doesn’t have a mission; God’s mission has a church.’

Much has been learned and much written about missional church in the last forty years. We didn’t have the benefit of that, but the Spirit led us into many of the key concepts. God was at work; he was acting in and through us. In spite of our youthful naivety, and at times arrogance, God was able to work with our broken vessels.

Jacob’s Ladder: Missional Church in the 1970s is now available from the following sources: